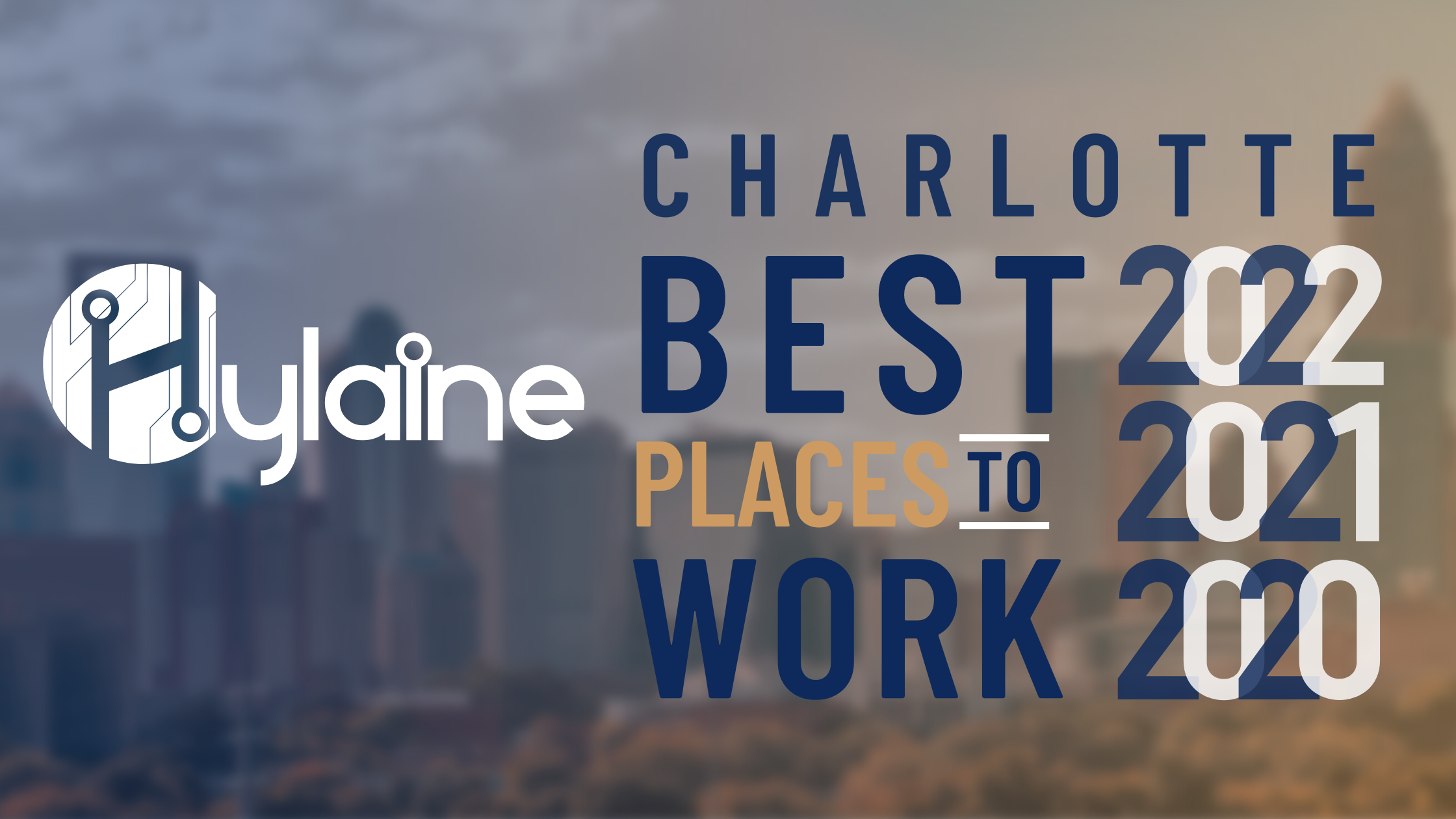 CHARLOTTE, NC; September 30, 2022; The Charlotte Business Journal has named Hylaine as a finalist in the Best Places to Work Awards for the third consecutive year. Hylaine, an IT consulting firm founded on the principles of TRUST (Transparent, Results-Focused, Upbeat, Solicit Feedback, Thankful), has significantly emphasized cultivating a strong culture and collaborative organization that drives innovation and connection. The charlotte-founded firm’s culture continues to persist amidst a staggering 1209% growth rate over the last three years, moving Hylaine to the “Large Company” (50-250 employees)category.

To be considered for this award, Charlotte-based Hylaine Employees responded to a completely anonymous survey focused on the workplace and its culture.

CEO Adam Boitnott stated, “We are honored to be recognized for a third straight year in the Best Places to Work awards. Culture is the cornerstone of who we are at Hylaine. Having it validated authentically in this way says a lot about what we have built.”

Official awards results and rankings will be announced at a live event hosted by The Charlotte Business Journal on November 4, 2022.